After a long, strenuous search on yahoo answers, I learned that the Power Rangers did it 1st.

Remember Megazord? This thing was invincible. Power Rangers brought their vehicles and joined together and transformed to make this…thing…that took on the ‘bad guys’. Transformers later became very popular, and while I’m a fan of Bumblebee, we gotta remember the original!

So why this random mention of 1980’s Japanese entertainment? This week of the passions of our Lord Jesus Christ is a week of transformations. Duh. I actually couldn’t sleep last night while this topic was on my heart – and I wanted to share with you all. So, here goes.

Peter – changed from being “blessed” for identifying Jesus as the Christ, to the confident swearing he won’t leave Jesus’ side. He fell, denied knowing his Redeemer, repented, and came back to find the tomb empty and believed.

Mary Magdalene – changed from having 7 demons, living a life of impurity, to being one of the Lord’s followers. She changed from being a woman of ill repute, to the proclaimer of the glorious resurrection. She saw it first. She told/spoke the truth to the disciples. 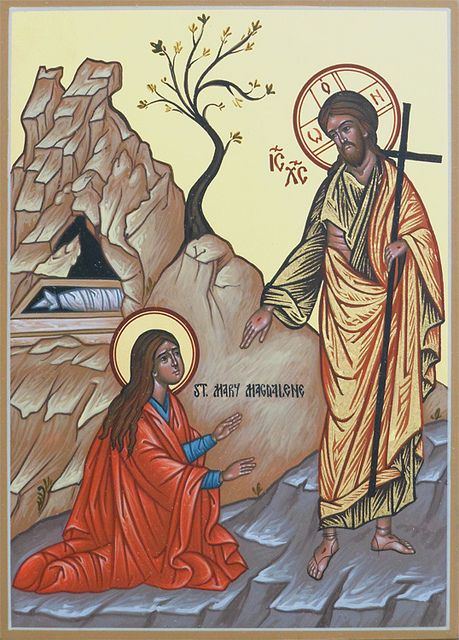 Judas – changed from managing the money, performing miracles, to selling his Redeemer for the price of a slave harmed by a bull. How quickly the love of money caused him to “betray innocent blood” and give up a miraculous life to despair.

Pilate – changed from pushing away the judgment of Christ to folding under the pressure of the people. He realized Christ’s innocence. He deferred to the Jews to blame/prosecute Jesus as they wished, but failed to stand his ground and obey his wife who warned him. Rather, Pilate ordered for the innocent blood of Christ to be shed for the salvation of the world.

Centurion at the Cross – when he saw Christ die on the cross, he admitted “Truly, this was the Son of God”. Longinus was his name. He later became a Christian, having pierced the side of Jesus. He was able to pierce a blow to his past life of ruthless killing, and sought the glory of God.

Thief on the right – changed from being a thief of earthly things, to stealing the kingdom of heaven hours before his death. He trusted in his weakness. He desired the Lord’s innocence. He admitted his guilt, and sought the eternal grace of God.

James and John – changed. These two I want to focus on for a bit. As the church asks us to read the gospel of Luke today, I saw a verse that is often overlooked.

Now it came to pass, when the time had come for Him to be received up, that He steadfastly set His face to go to Jerusalem, and sent messengers before His face. And as they went, they entered a village of the Samaritans, to prepare for Him. But they did not receive Him, because His face was set for the journey to Jerusalem. And when His disciples James and John saw this, they said, “Lord, do You want us to command fire to come down from heaven and consume them, just as Elijah did?”
But He turned and rebuked them, and said, “You do not know what manner of spirit you are of. For the Son of Man did not come to destroy men’s lives but to save them.” And they went to another village.

What? Call fire down to burn up a village? Is this what Jesus had shown you up to this point, James and John? They were offended for Jesus. I do the same. I want to defend Him, I want to react and put people in their place for what they do to Him. This is what Peter did in the garden at His arrest. But the Son of God does NOT need us to punish others in His defense. In fact my friends, our Lord is SO wonderful that He works through the reviling.

James and John – they changed. While they were “sons of thunder”, James became the first disciple to be martyred in Acts 12. They were in His inner circle, always with Him, witnessing the raising of the young girl, and the transfiguration, and John stuck with Him all the way through His trials, and to the cross.

Change happens. Which way are the events of the passion and resurrection going to push you? Will your life be forever changed? Notice, some went positive, and some negative.

Lastly, all of us – changed. Like it or not, the events that took place 2000 years ago changed the world. From the calendar, to our laws. Everything. Through communion, and the defeat of death, we are victorious. We are freed from bondage, repentance is welcome, and eternal life is available. In Him, we can change.

Blessed Holy Week and Holy Feast of the Resurrection.